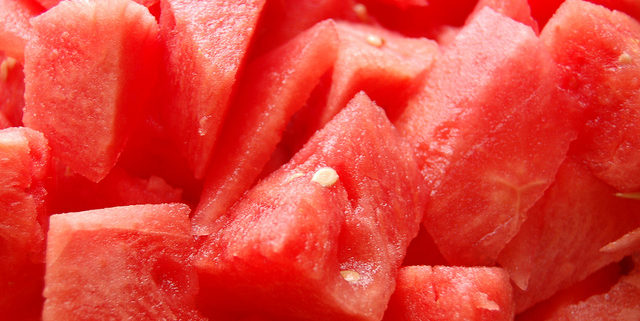 Question: What fruit looks like a giant smile when sliced and is the envy of bubble gum?

August might be the last month of summer, but it’s the beginning of watermelon season, and that’s something to smile about. Our watermelon harvest will be ready soon, and coinciding with it is National Watermelon Day on August 3. Although here at Orr’s we love all fruits, we have to admit that the watermelon is the ultimate symbol of summertime. With that grassy-green skin and hot-pink flesh, it just looks like summer. Is there any other fruit with such a satisfying blend of taste and texture? And then there are the seeds—we’ve all enjoyed shooting a mouthful, haven’t we. Maybe even as adults!

To celebrate National Watermelon Day, check out some fast facts about our favorite rotund refresher.

From June through August, water is the name of the game. We drink tons of it, play in it, and cool off with it. With water in its name, this melon is primed to be the spokesperson for summer. Come on out to the farm and pick one up—with two hands and a little help if you need!

In the meantime, we dug up two funky watermelon recipes you have to try before summer’s end.

In a large bowl, combine watermelon, lime juice, and half the basil; season with salt and pepper. Toss to combine. Divide among four plates; scatter cheese and remaining basil on top.

Want to join the discussion?
Feel free to contribute!

What a Family Farm is Made Of
Scroll to top